Made in ecuador / living in munich / travel the latino way

Bangkok is the third love of my life, after my esposo and popcorn, so when my esposo reminded me to wear comfortable chanclas because we were spending the day in Ayutthaya, I was like…

BUT, Ayutthaya is a must when in Bangkok. It’s about 80km from BKK and it’s best to go there by taxi. You get to see exactly what you want for as long as you want. Because of its perfect location, Ayutthaya was known as the trading capital of Asia. Some even dared to say that it was the trading capital of the world! It is said some merchants back then proclaimed Ayutthaya to be the greatest city they have ever seen (which inevitably made me think of “Qarth” but only Game of Thrones freaks like me would ever come to that conclusion :D). So sí, that’s how amazing this city was until the Burmese invaded it and burnt it almost completely (kinda like the Mad King would have done with King’s Landing if Jamie… ok ok I need to stop this!). Even after its rough past Ayutthaya remains one of the most beautiful places to visit in Thailand.

So, after our morning drink-3-thai-coffees-at-the-street-market routine, we drove to Thailand’s first capital. And this was our first stop: Wat Chaiwatthanaram 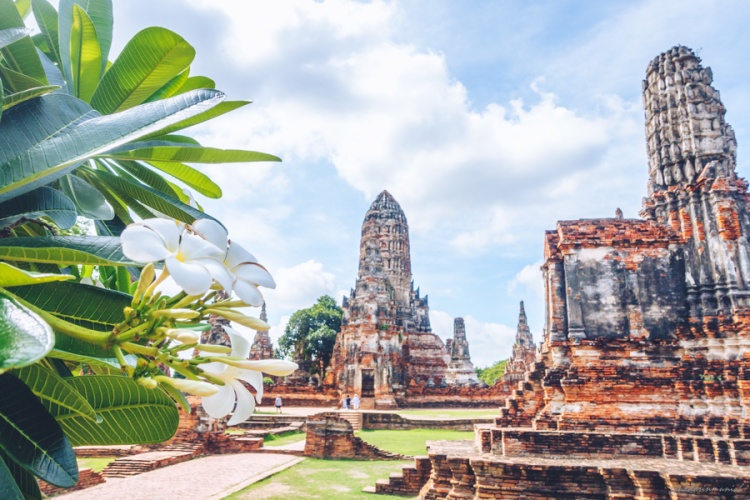 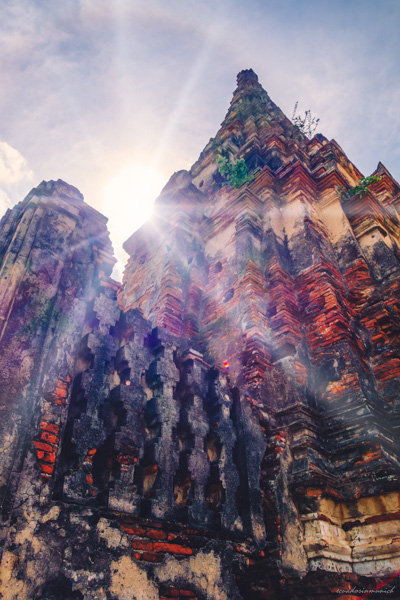 We wanted to spend even more time in this Wat, but we were starting to feel like we were in a region occupied and controlled by Sauron aka Mordor; it was so so so caliente that we had to go back to the taxi to cool off a bit. So we went straight to the second stop: Wat Yai Chaimongkhon 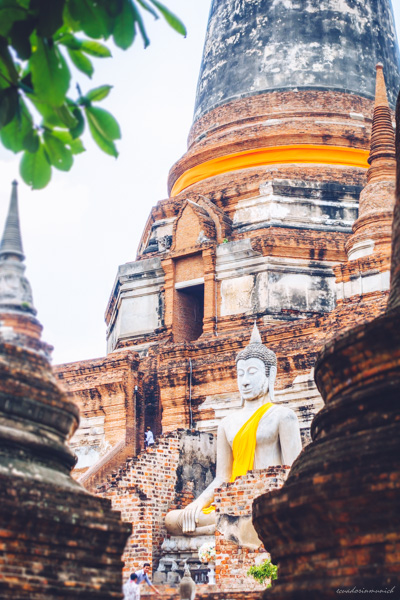 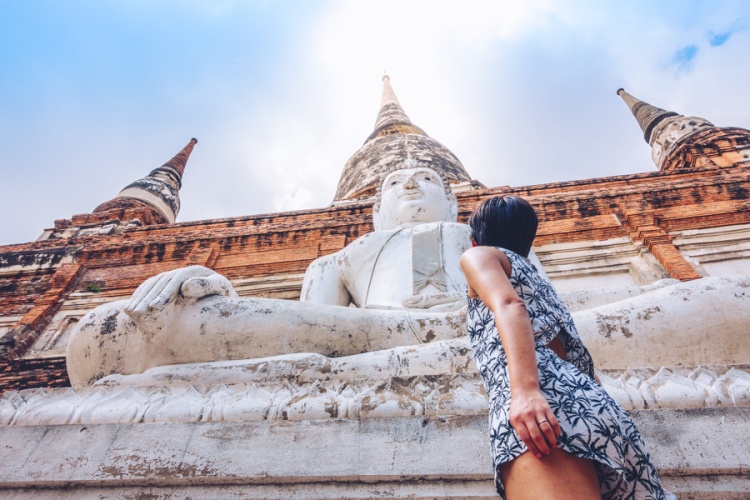 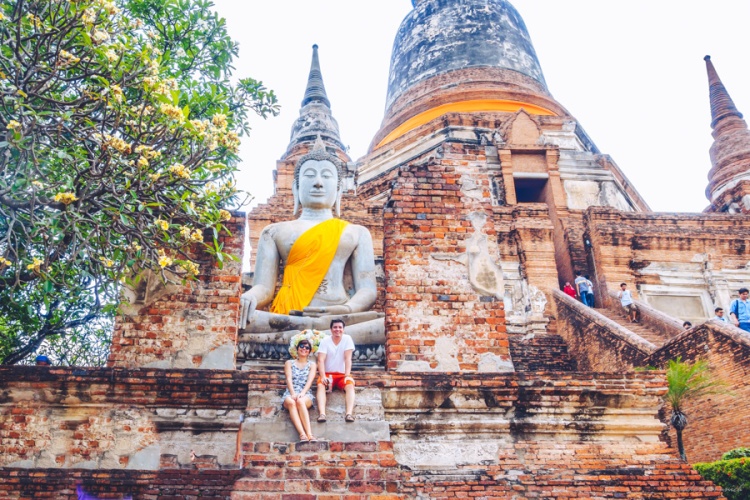 And now the most awaited temple Wat Maha That. This was the most important monastery in Ayutthaya. Here you will find the iconic Buddha head in Tree Roots. Nobody really knows how the head got there but I tell ya this place feels really sacred. 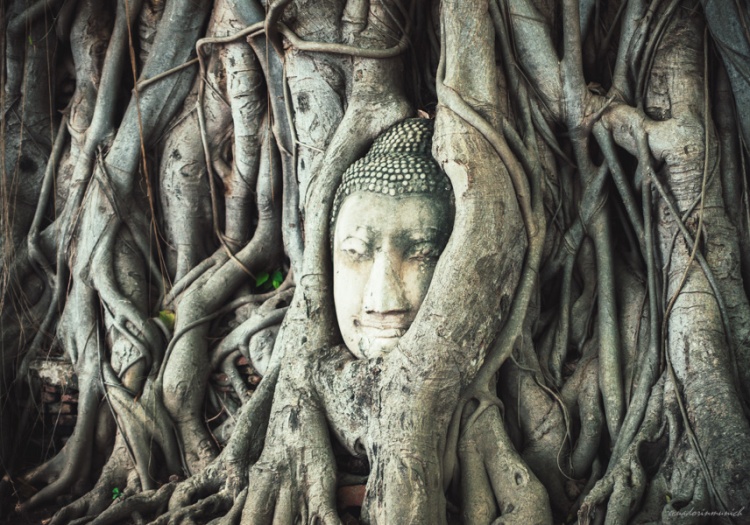 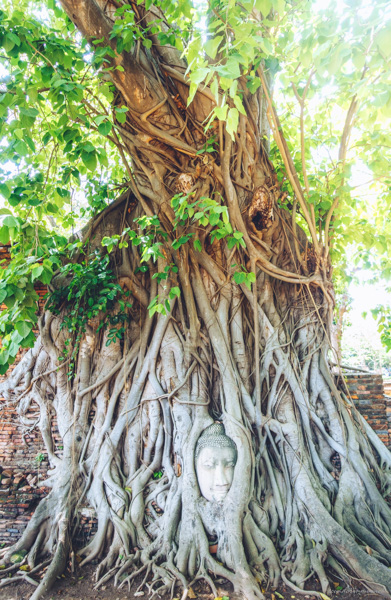 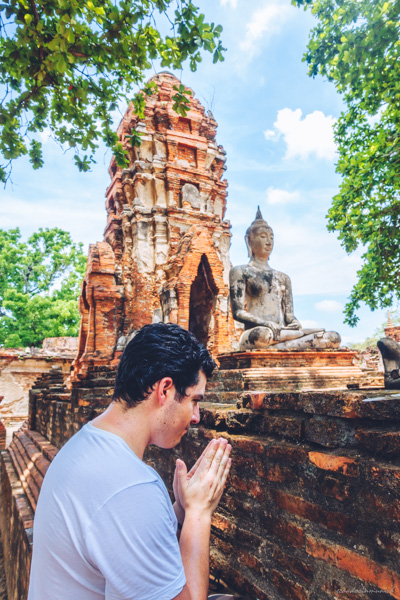 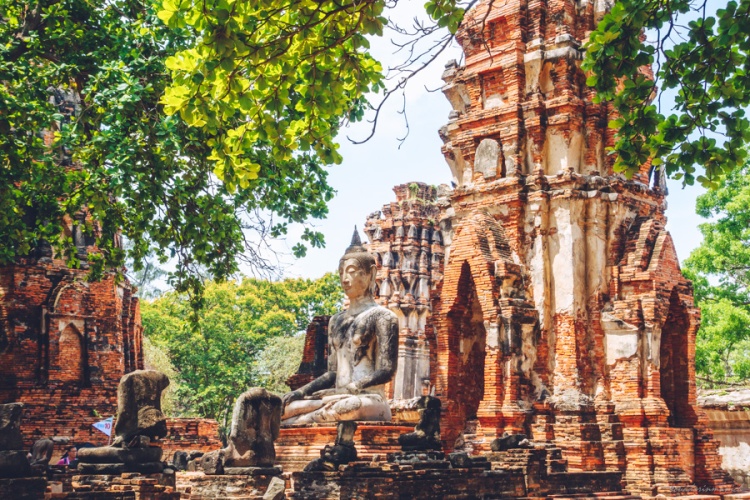 After doing what we do best which is comer, comer & comer… (por favor, when in Thailand eat mango sticky rice every day!) 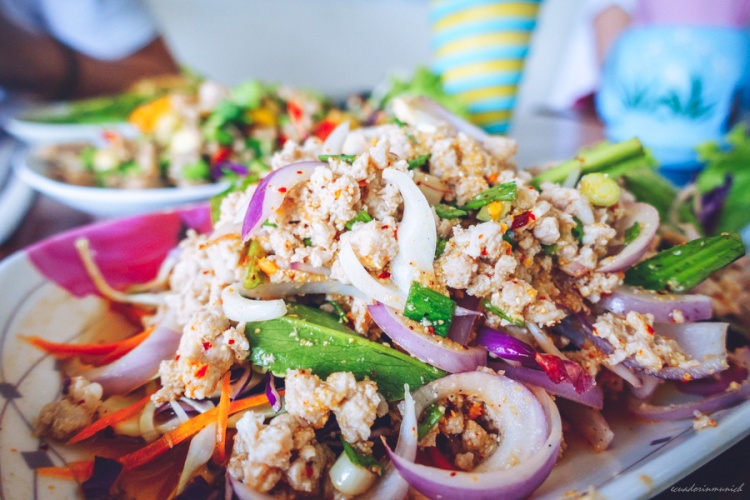 we headed to our last stop Wat Lokayasutharam. This is where you will find the reclining Buddha of Ayutthaya, also known as Phra Buddhasaiyart.

Because we still had some things to do in BKK we went back after this Wat. Ayuthaya is huge so what I would recommend you to do is to plan at least two days here. You could rent a bike and stroll through the different temples and the old city. Next time we go we will definitely spend a night here 🙂

Back in BKK we took a little tour near our hotel. I did a little shopping, which you should all do because asian fashion is sooooo coooool, and then after a little dessert which we will never know what it was but que ricooooo 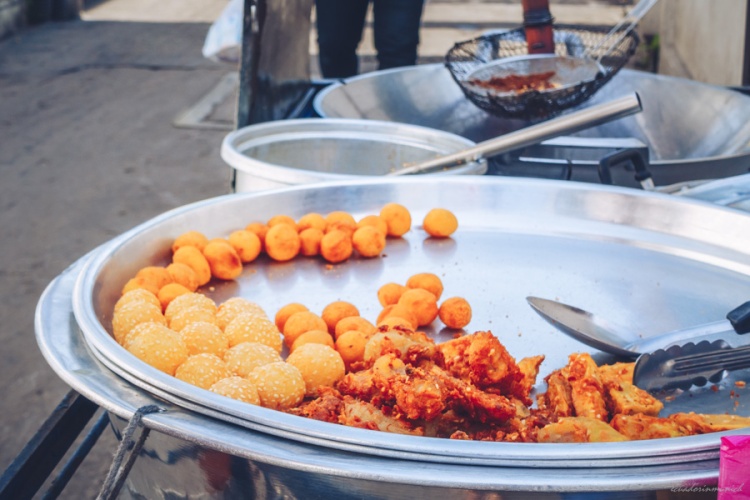 we ended up in Wat Rakangkositaram, it’s on the other side of the river. We were literally the only tourists there and it was such an amazing experience. We witnessed a ceremony of monks-to-be and all the locals were there watching and singing with them while the little bells ringed with the wind. Under these conditions it isn’t that hard to find your inner paz. 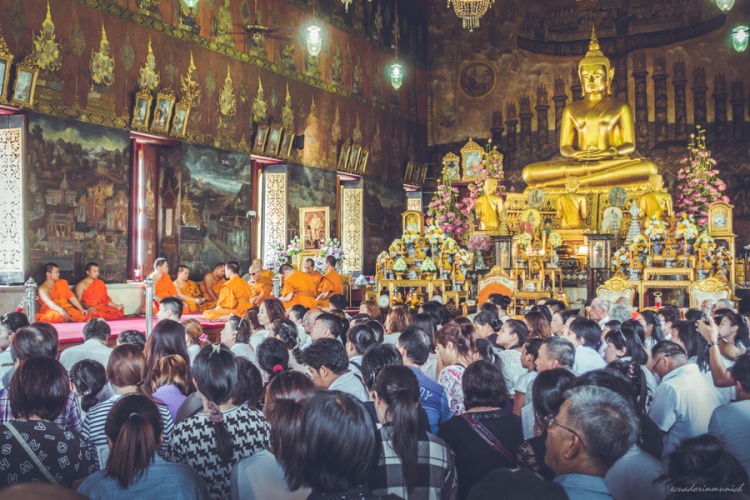 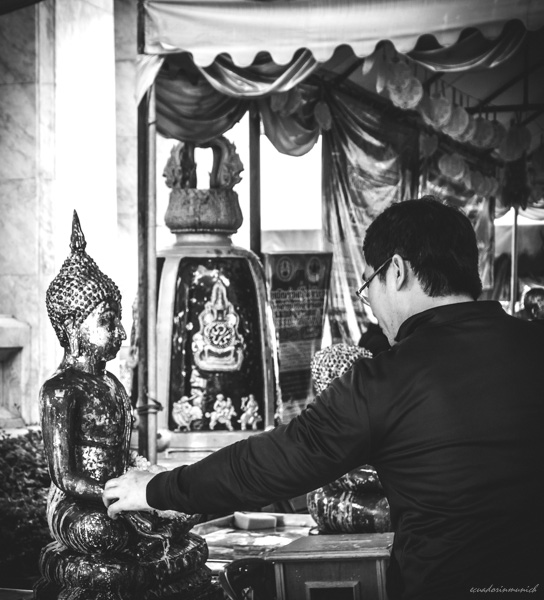 After our second Thai massage I was really thankful that my esposo took me to Ayutthaya and that he made me wear my comfortable chanclas. And as we watched the sunset, I found myself wishing for peace in Thailand and in the world; it would be really sad if our children’s children would only get to see ruins of what once was a beautiful world.

Sawadee kah until day número 3! And if you missed day número 1, here you go.